I am going to be running sound for a solo singer/songwriter who (so far) insists on using his in-ear monitors.

He says he can't hear himself well enough and sings flat unless he uses them. I am hoping he will find out differently after singing through the L1, but we'll have to wait and see. He is having me run the T1 from an audience position, he says he is hiring me so he won't have to do a thing. I like that.

I preparation for our first gig I have been testing the Auxilliary output on the T1 with a pair of in-ears. Here is what I've found:

I was very happy with my findings, I only expected sound in one ear of the in-ears. Kenn only uses one side of his in-ears anyway, so it would not have been important to have signal in both ears, but for those needing both ears, it's a big plus. 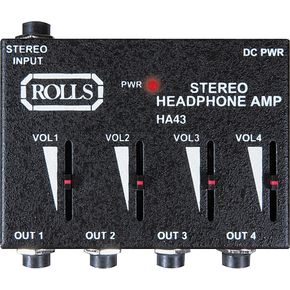