This is ST from the Bose® Musicians Community Message Boards.

You can read a little background about me in my blog.

We have enough L1 Cylindrical Radiator® loudspeakers and B1 Bass Modules to go 1:1 (one per player) and an PackLite® power amplifier model A1 Extended Bass Package to support to bottom end when necessary.

This is how we set our stage as a Duo

This has worked extremely well for us, and when there are guest artists it is simple to get them plugged in and going.

In this setup I run two F1 Stacks (F1 Model 812 with F1 Subwoofer) for the Front of House system and two L1 Compacts as monitors at the back of the stage. I've also see people set up the L1 Compacts at the front of the stage facing back toward the performers, without the extensions.

What I run through my L1®

These guitars can sound terrific

I do this with my other large hollowbody and semi-hollowbody electrics. They all sound great straight in. 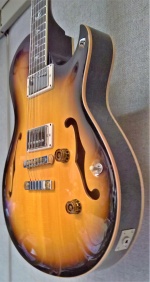 I run this several different ways:

I do the same with my other large hollowbody and semi-hollowbody electrics. They all sound great straight into the various L1®s. The Kemper Profiling Amp is second only to the L1 as a technology that has transformed the way I play music. 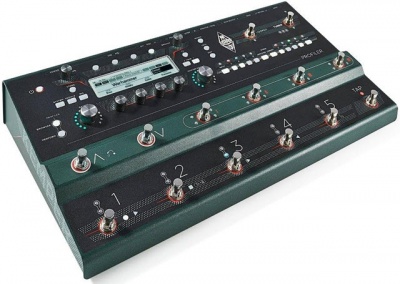 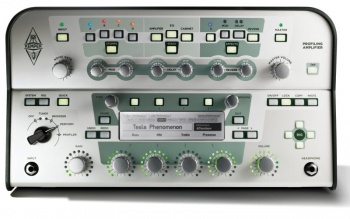 Before the Kemper Profiling Amp I used to say, "When I want the absolute drop dead best electric sound I can muster I use this." Now I use the Kemper. It's lighter.

For four straight ahead channels and all tube sound I sometimes use the Carvin Quad-X Amp. Despite the name, it is a preamp - all tubes. ( 12AX7s) and it came with a gigantic foot switch.

For traveling light (and backup almost always) I used to carry the Mesa/Boogie V-Twin.

When I want a huge palette of sounds that extends beyond traditional guitar then I use Roland VG-99, 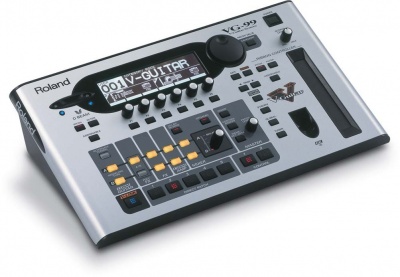 and occasionally the older VG-88 or VG-8. 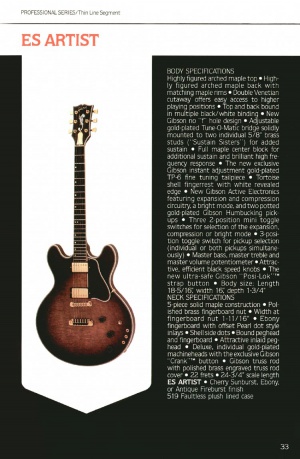 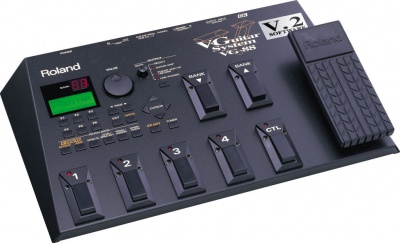 I have a Roland GK2 pickup mounted on my Gibson ES Artist (blasphemy?). I run that to the VG-88 and then to the T1® with using one of the following Presets:

If you are familiar with the GK2/3 pickups you know that you can also run the electric guitar sound direct to the VG-88. I run that to a separate T1® Channel and use one of these Presets:

I don't feel as though I have fully explored the VG-88 so the VG-99 is on the back burner for now.

In case you are wondering, I normally run mono. Stereo sounds great but for me, there is not enough benefit to warrant bringing two L1®s to run stereo. 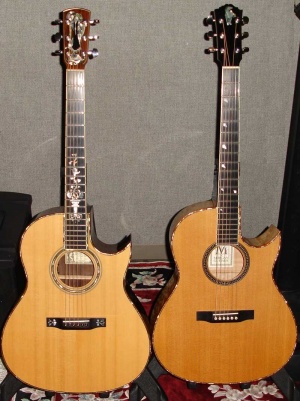 Cliff Henricksen suggested that I try these settings for my Larrivée C10 BZ 30th Anniversary and Morgan Concert Cutaway guitars.

It sounds so very simple - but the Guitars both sound absolutely stunning!

As a matter of interest, the Larrivée has an iMix no-cut system and the Morgan has a passive Fishman.

It should be no surprise that these settings work so well for both of these instruments. They are very similar. The body shape and size are the standard Larrivée "L" body.

They do sound different when I compare one to the other, but they both benefit from settings - retaining their individual character and sounding far more like their unamplified voices.

Prior to using the settings, Cliff recommended I did this.

Larrivée with L.R. Baggs iMix no-cut pickup system. I just had this installed because I wanted to start playing this instrument at live gigs.

The big appeal for me was the guitar amp emulations, looper, and adaptive tone features. I haven't used the harmony features. The small form-factor was a big part of the decision to use these.

Update: I found that I wasn't the vocal features. I got the Kemper Profiling Amp and these were so much better than the TC-Helicon guitar amp emulations, so I stopped using the latter. And finally, I had planned to use the looper as a practice tool, and for capturing song ideas. In the end it was simpler to capture the ideas directly to the computer using the T1® USB interface and some recording software. The VoiceLive 3 has left the building.

Doing Sound - or "Being the Sound Guy" was never on my list of things to accomplish.

If someone were to ask me how to use the L1®s to provide sound reinforcement for live musicians I would insist that s/he watch three video presentations before doing anything else.

Then I would offer these gig reports of four of the shows where I supported several acts crossing a stage using multiple L1®s at the back of the stage.

And some notes about working with performers. Introducing Performers to the Bose System

Just in case the site gets reorganized and we lose it here is my first post on the message board.

I was there on Thursday (had the flu and very nearly didn't go).

Ended up sitting about 5 feet in front of Tony Sarno (I was in the front row). I was blown away without being blown away. If you ever get a chance to sit that close to a band running PASs you that bizarre statement will make sense.

Had a great chat with Tony and Wolf after the show.

Friday morning as soon as L&M (the store that sponsored the show) opened, I picked up my PAS. (one bass module)

Since I'm under the weather, I took the rest of the day to get to know the unit. Good times.

Get my first chance to try it out live tonight.

Many many thanks to all the people at Bose who made the investment to travel to Canada.

I was somewhat taken aback that Bose would make so large an investment (you sent what - 10 people including the band?)

Tony, if you happen to see this, I'll send you the information about the McIntyre amp later today.

Wolfe, if you happen to see this, I'm the guy with the Musicman EVH and the PRSs.

I'll post more about how I intend to use it and some questions in the other forums.