You can save all your ToneMatch Mixer settings as a Scene.  Think of it as a snapshot. You can have up to ten User Scenes.

Note: Scenes created with a T1 ToneMatch Audio Engine are not compatible with T4S ToneMatch mixer/T8S ToneMatch mixer. Although functionally similar there are too many differences (e.g., Reverb parameters, Panning, Aux routing).

A Scene captures all your settings except input trim and channel and master volume controls. 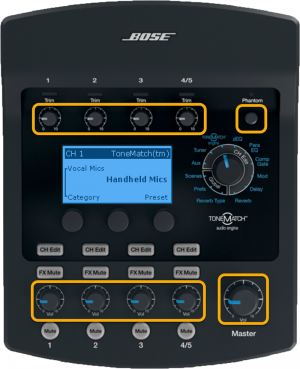 It's easy to create and recall Scenes so use them to back up your settings so you can recall them when you need them.

Save and Retrieve Your Scenes

In the L1® Updater software, Saving is called "Backup" and retrieving is "Download"

Get the L1® Updater Software

These are the latest versions of the ToneMatch Updater application.

If you have questions please see ToneMatch Updater discussion.

Mac OSX users may see this message when trying to install a Bose app. If this message appears, try the following:

Mac users may need to hold the Control key (Ctrl) when opening the file.

In the menu that appears, select Open at the top of the list

More information on Gatekeeper can be found at http://support.apple.com/kb/HT5290 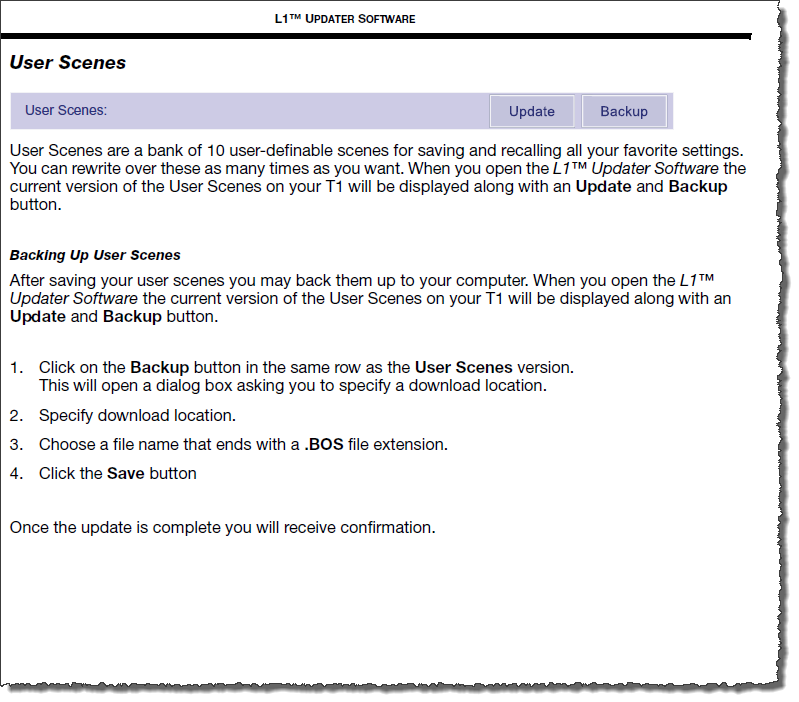 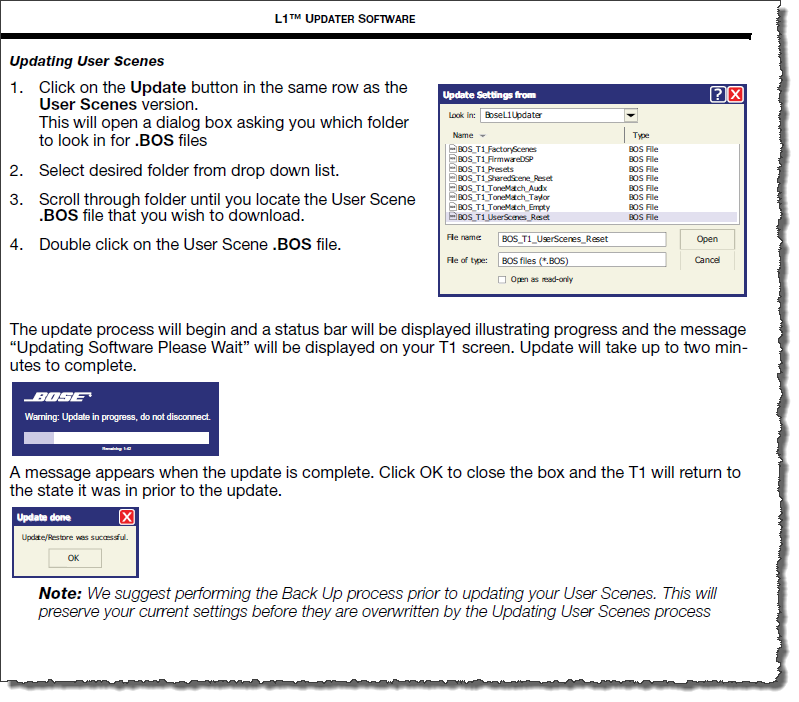 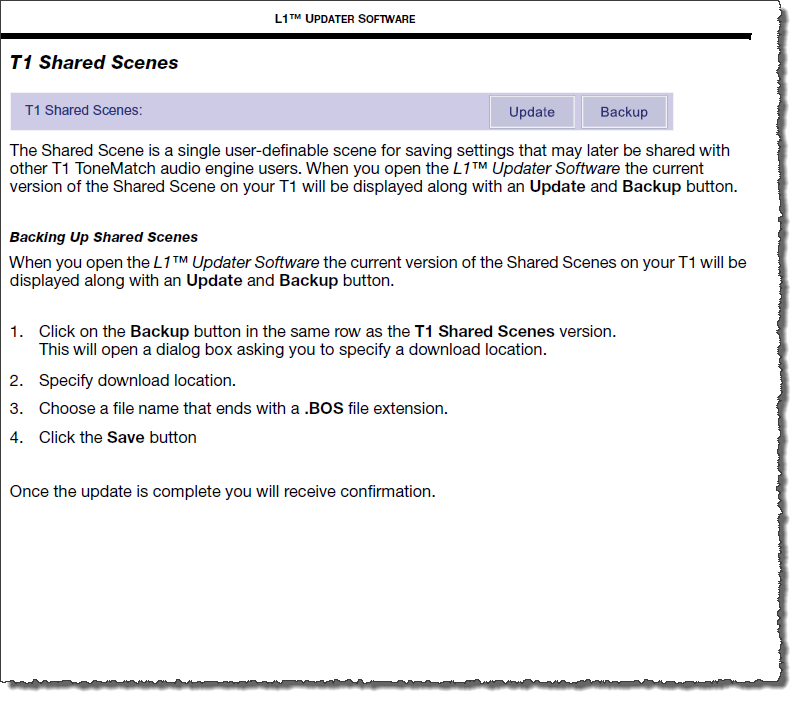 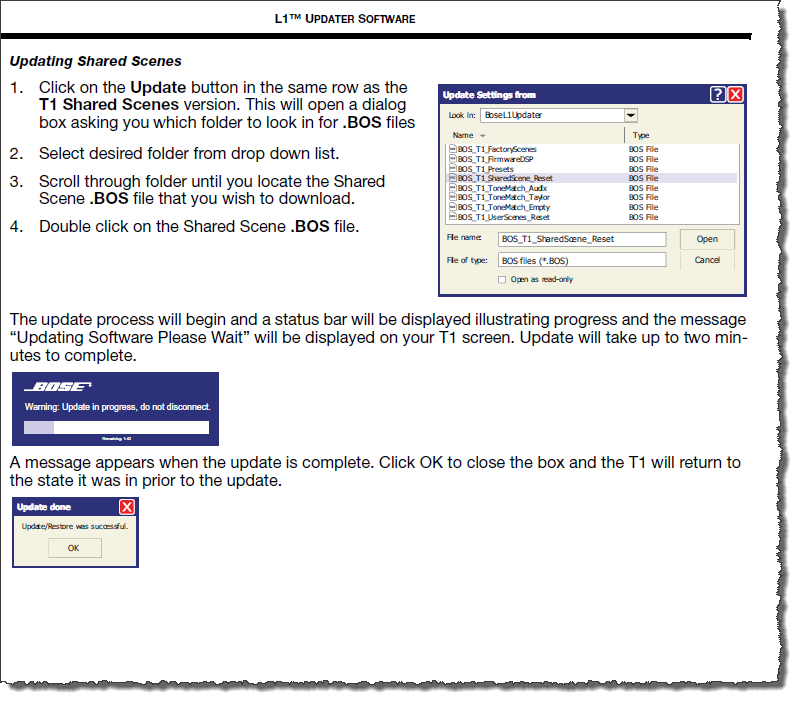 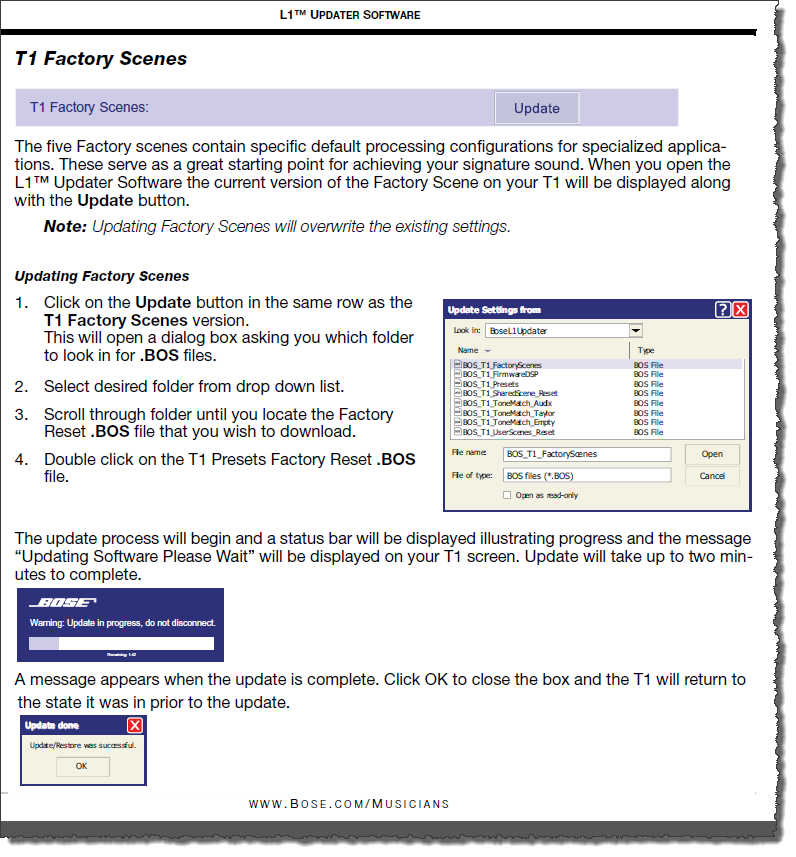 T4S/T8S USB A Playback and Scenes

Why do USB A playback settings for volume and mute change when I change Scenes?

Scenes are a snapshot of all the ToneMatch mixer settings at the time when you save the Scene including settings for USB A Playback.
Exceptions

If you switch from User Scene Three to User Scene Two while using USB A Playback, the volume will change from 50% to 25%.

If you switch from User Scene Three to User Scene One while using USB A Playback, the volume will change from 50% to Mute.

If you switch from User Scene Two to User Scene One while using USB A Playback, the volume will change from 25% to Mute.