In the photo below, you can see the tangerine phase plug for high-SPL compression drivers, and the Manta-Ray horn. 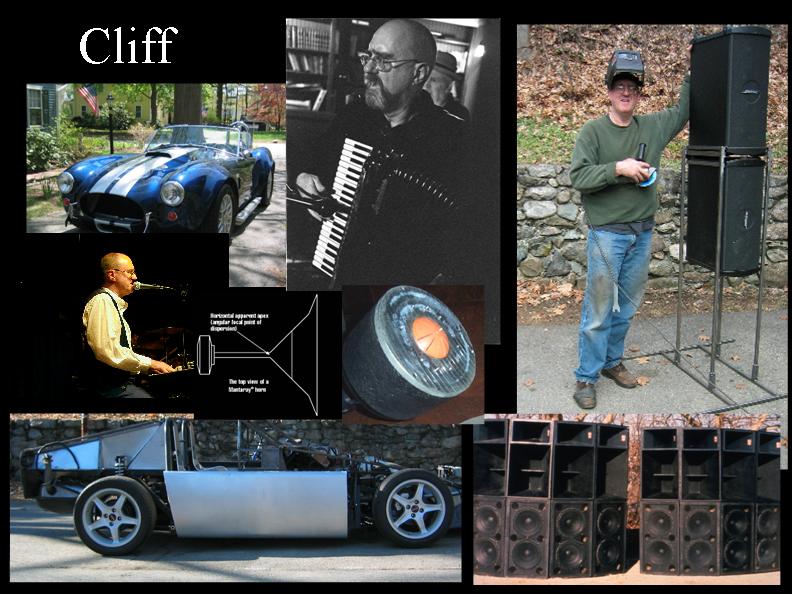 Cliff loves to build things, including racing cars that he designs from scratch. Below is one he's working on that he calls the "CroMag". 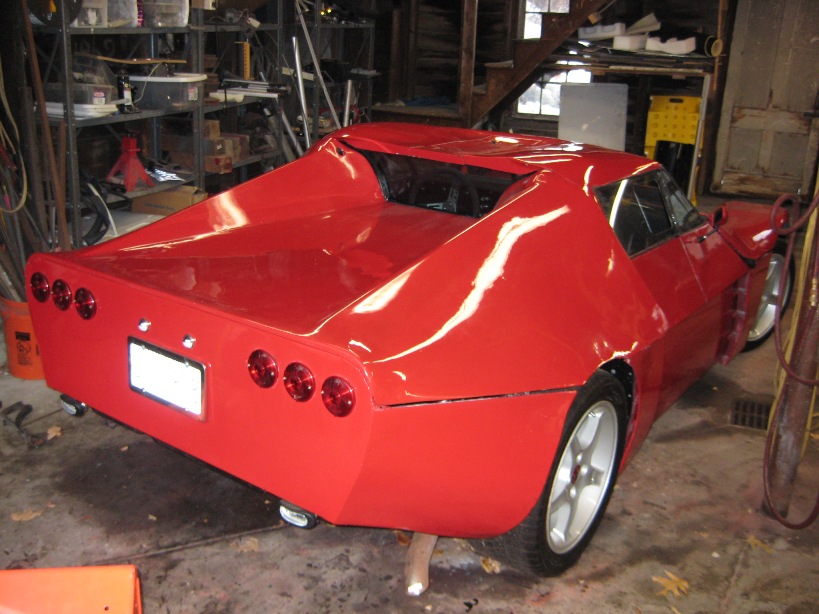 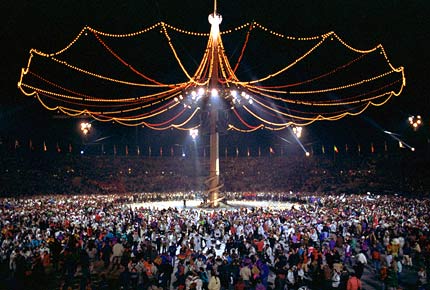 Cliff joined the acoustic research group after the purchase was completed, where the other eventual originator of the L1 research project, Ken Jacob, was working. Here's a copy of the memo announcing the acquisition of US Sound from Carver. 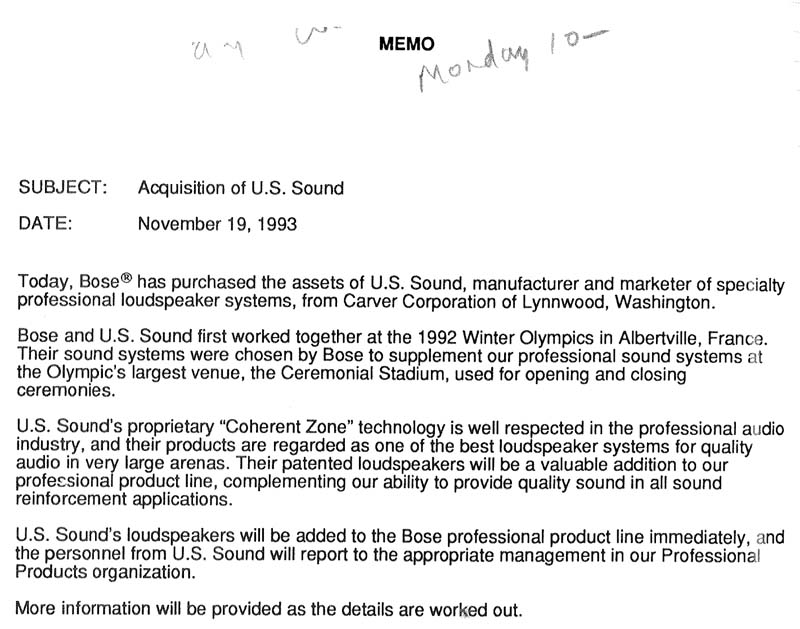