Folks within the Bose Professional Systems Division and the acoustic research group were uniformly impressed by what they heard from the early prototypes.

They could walk right up to the speaker from the back of a big room and the sound hardly changed at all.

If you climbed a ladder the instant your ears went above the speaker, the sound seemed to disappear. As Cliff put it at the time, it was like the transition you feel when you go from water to air when swimming.

Well, some of these folks work in the installed system part of our professional sound business. And when they heard these remarkable properties, they said, whoa, we could use this invention in places where we need lots of coverage from a speaker location close to the ground -- namely big flat audience areas where you can't "hang and tilt" speakers.

One of the first places Bose used the invention was for a huge multi-million dollar project called Universal Islands Of Adventure, a gigantic theme park that was being built in Orlando, to rival Disney World.

The park designers wanted to entertain and inform guests in the enormous outdoor part of the park. They had light poles everywhere and they didn't want big ugly speakers flown and tilted on the poles. 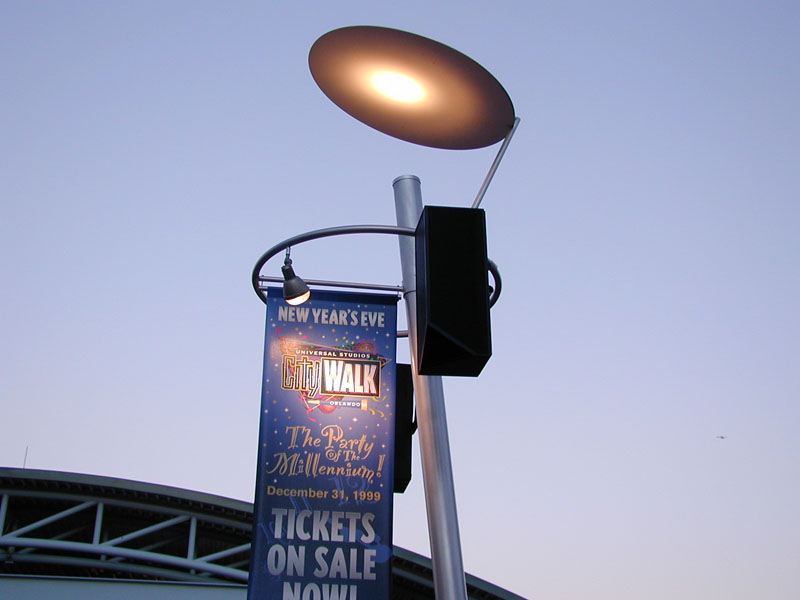 We used our 4.5" drivers in extruded aluminum casings -- four drivers per module -- and then stacked up four modules. These 16-driver packs were then stacked inside the poles. The poles, included mesh grilles in front of the speakers, were painted. It was really magical because you'd walk into the park and you'd be far away from any of these light poles which just blended into everything and yet you'd be enveloped by music and sound effects that seemed to be much closer.

Here's a photo of the Bose line arrays going in during construction... 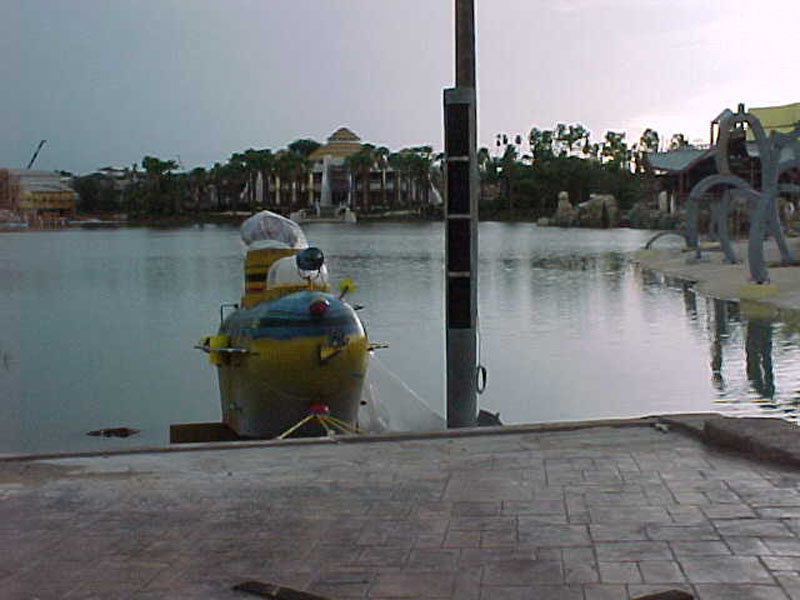 And a closeup of the speaker during park construction... 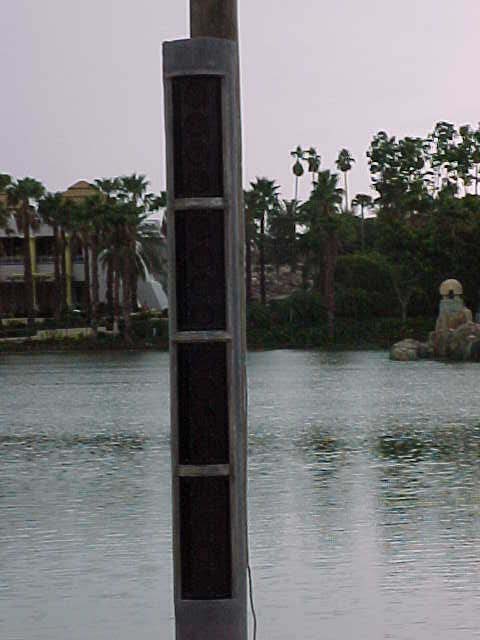 This project with Universal Studios went really well and people loved the sound, and meanwhile Cliff and Ken were doing more prototypes of the musicians speaker. So it was kind of natural for Bose to migrate that work into the installed sound business. 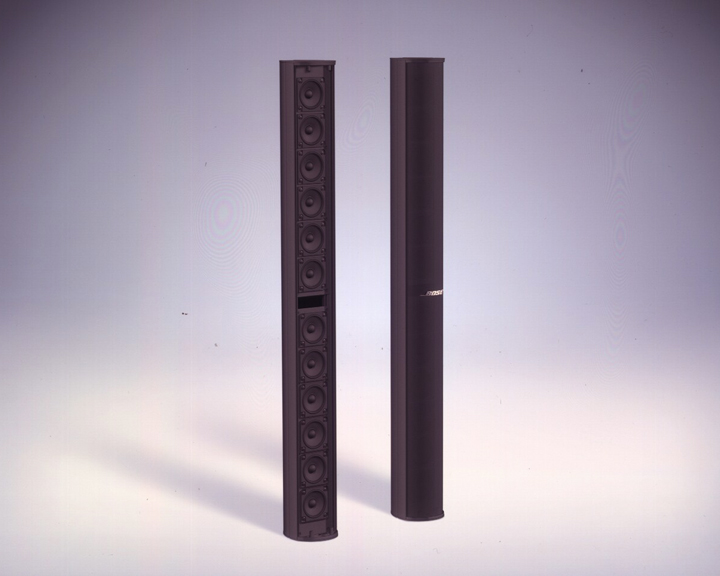 You can stack these into multiples or one, two, three or more. They've now been installed in building all over the world.

Here's MA12s installed in a church. 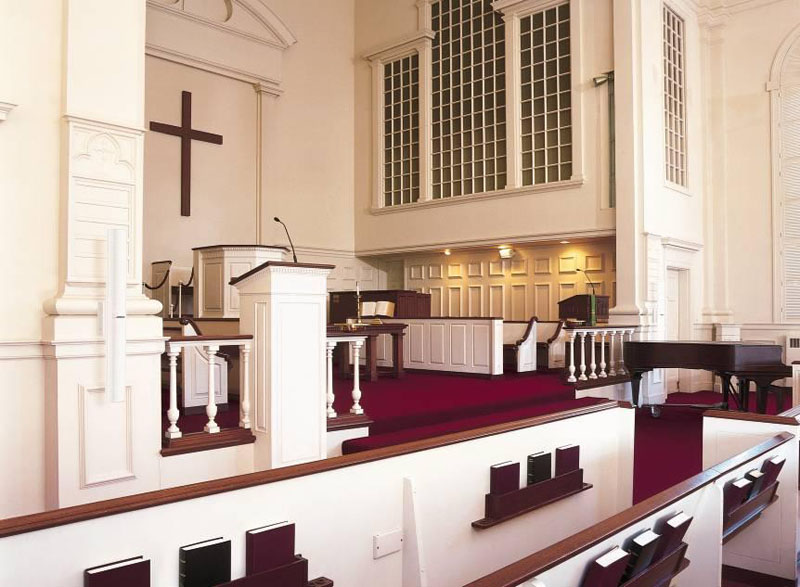 Here's a giant stack of MA12s we did for a very large assembly at the Carrier Dome in Syracuse, NY. 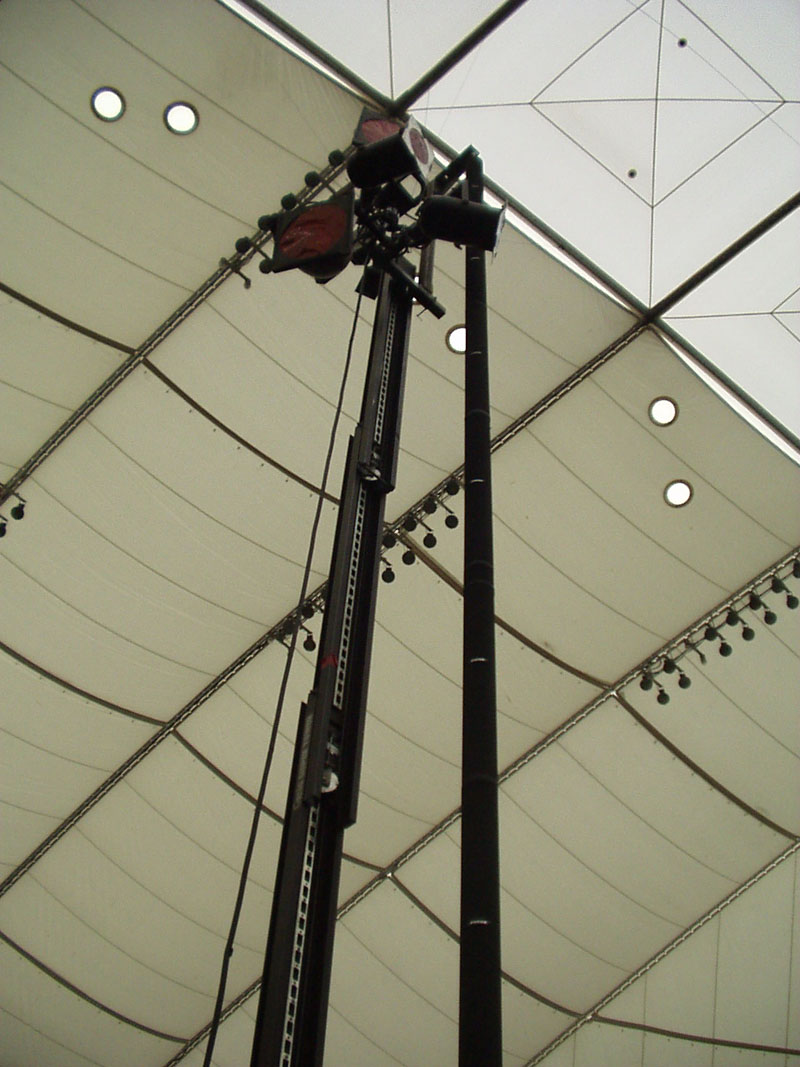 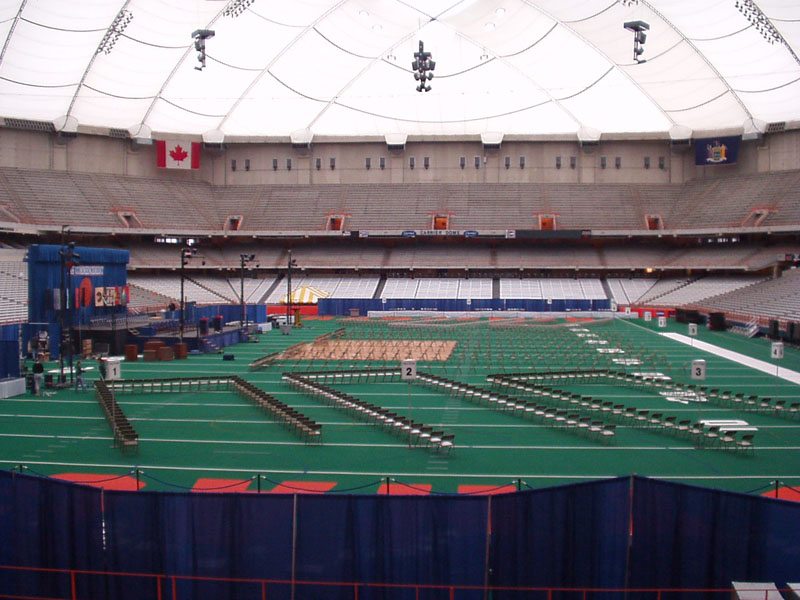 Our colleagues in Sweden also did some live shows in concert halls using very tall stacks of MA12s. 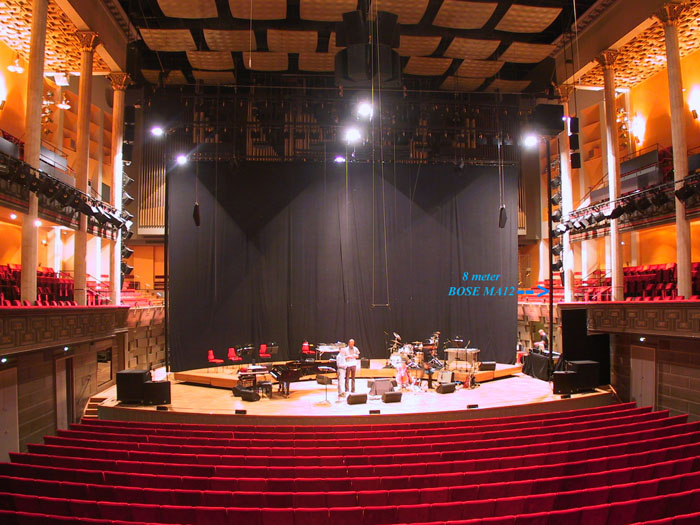 The MA12 stacks are hung from above and then simply stabilized with a floor stand. 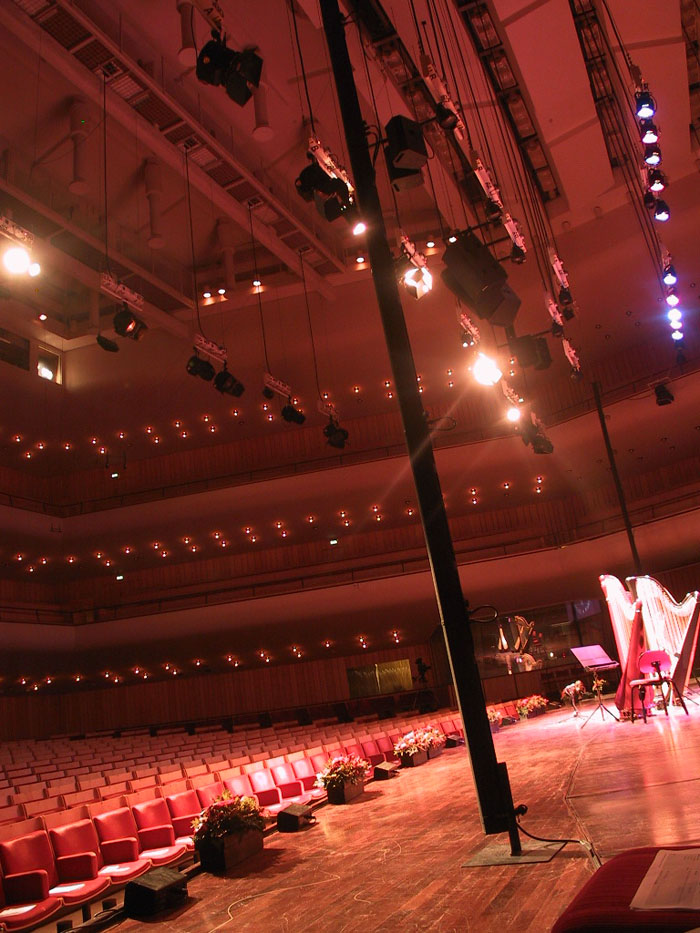