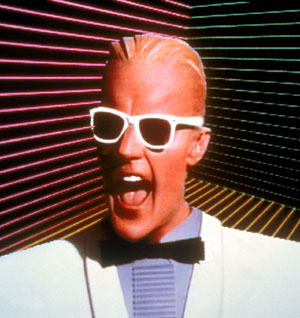 "Headroom is a term used in signal processing (audio, data, etc) to refer to the maximum allowable signal level before compression or distortion." -- more at wikipedia

"The difference between nominal operating level and peak clipping in an audio system. For example, a mixer operating with a nominal line level of +4dBu and a maximum output level of +22dBu has 18dB of headroom. Plenty of room for surprise peaks."

Having said all that, our Bose Systems if set-up correctly, don't tend to distort as they get louder.

What does tend to happen is, beyond a certain point - they just don't get any louder. That point is well beyond what you would want to endure by the way.

There are signal peaks - a Drum hit for example that can and maybe should be a lot louder. If the System has lots of headroom, it will be able to accommodate that.

Strange little similes aside, if a system (any system) doesn't distort as it exceeds its capabilities, then it may be difficult to tell (especially with ear-fatigue), just how loud you are running, or that you are just too loud. Some people (not most) get to that point and start experiencing the sense that no matter what they do, the System doesn't get louder, or respond to transient peaks. That's being out of headroom.