Here is a link to a blog post with pictures

Changing the Battery in my Korg T1 - Todd Zerbe

Just in case that page disappears...

Changing the battery in my Korg T1

I like to play the keyboard and bought a used Korg T1 about a year ago. Recently the battery went out and it lost all of it's programing. Of course I did not have the original factory disk so I went on E-Bay and paid something like 12 bucks for the disk (which I'm sure cost the guy about 75 cents to copy). I also looked online to find instructions on how to change the battery and never really found anything that great so I thought I would document the steps here in case some one is lucky enough to stumble onto it here. 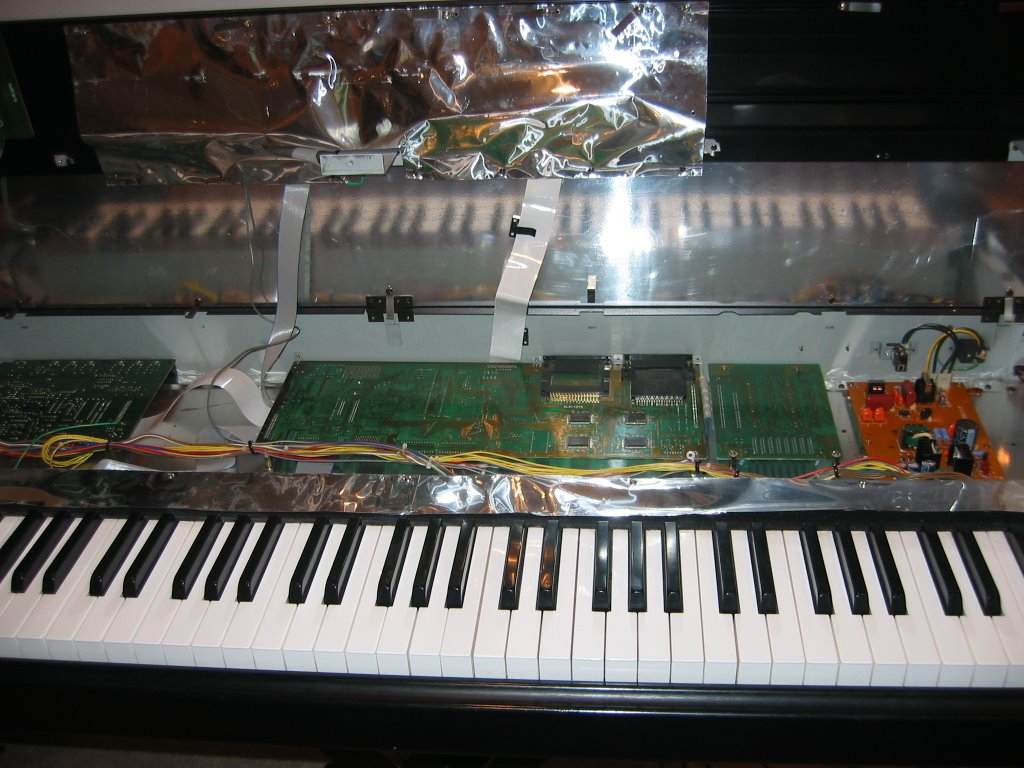 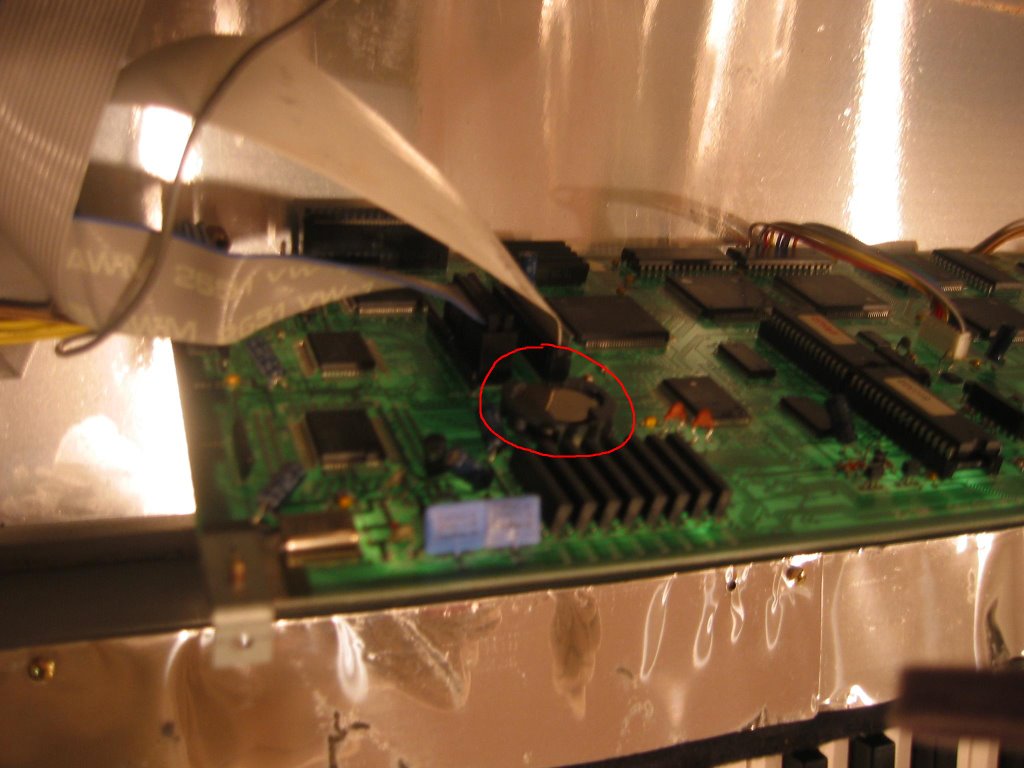 Viola you are done. You just need to put your keyboard back like you found it and reload you factory settings.

In fact the battery is quite simple to replace. The danger is making absolutely you ground YOURSELF before replacing it so that you do not short-circuit one of the boards within it.

The T1 Korg has a "lid" you can life to access the brains. The retaining screws, however, are beneath the instrument and so you have to remove them first. They are 3 in number; one at the left and right ends and the third in the center. TIP: Mark them with masking tape for the future. You'll have to replace a battery more than once.

Suggest you have TWO people for this operation to keep the instrument from falling open into two halves. Do this way:

If you won't be moving your Korg around (taking it to gigs, etc.) you may consider not replacing the retaining screws on the bottom. This allows you to open the lid in the future to fix other problems (replacment of switches, keys, buttons, etc.).

Meanwhile, don't be screwed into purchasing a replacement Floppy for the usual $128 - $300 gougers charge for it. Go online to teac.com and purchase their p/n 193077C5-29, which is made expressly for the Korg T1. They're about $18 (suggest you buy 2 for the future. As of Oct 2006 you could still purchase these from Teac).

There is a problem with the Teac replacement which is the ribbon that connects it to the center chipboard (it's the longest ribbon, can't miss it). A jumpwire has to be added that connects pins 12 and 16. Strongly suggest you have an electronics shop do this for you unless you are qualified.

Meanwhile, I'm looking to purchase another T1 in GREAT shape. If you have one or know someone who does, I'll greatly appreciate the contact. I can be reached at: tssent@fusemail.com. I am Jim.

This tip came from Corazon [1]