Live or PreRecorded / Stereo and *-Mono

On Wednesday June 7, 2006 a group of us-at-Bose set up in our performance lab a stereo system of 4 L1s and 8 B1s in the same arrangement shown in the photo by Mike Early 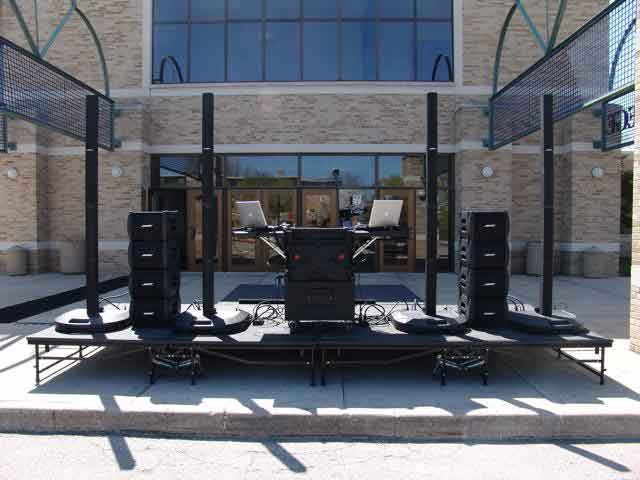 and another shot indoors 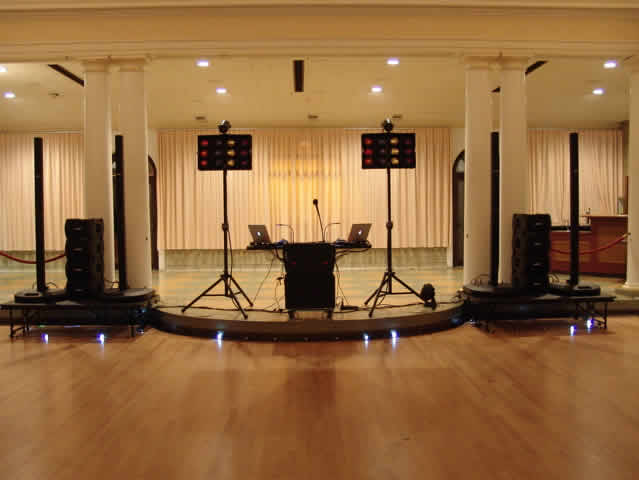 We listened to four variants of this system without moving any speakers, just by turning things off or re-wiring inputs to the PS1s.

With these four arrangements, we did two separate listening experiments, one for stereo pre-recorded material and one for live vocals from a microphone. We were mostly listening for any vocal interference problems that might come from distributing signals to multiple speakers. Here is what we heard.

Very good sound quality, as expected. Also very good if we try preset 57 here, as many DJs do. Now that we’re concentrating on vocal interference, we notice that all the vocals are compromised a little by this effect as soon as we move off the centerline. It’s less significant once we get out to the side. This seems to be a normal problem with all stereo loudspeakers that we’ve taken for granted all along. It’s one reason stereo doesn’t sound as good when you’re not in the middle.

Essentially the same results as 2+4, but of course it can reach louder levels than the 2+4 on bass-heavy material.

Mike is right to praise this system. It sounds tonally very good and is capable of producing a truly ferocious amount of clean sound. We do hear some interference in the vocals across the whole front, and it’s spread a little wider than with the 2+4. The level difference between out front and to the side was a little more than the 2+4. None of these differences prevented us from really enjoying the over all sound.

sounds like it’s alive! A living person with a mighty voice. This reminds us of why we have always encouraged live performers to each have their own single line array.

In my previous post, I was excited by the anticipation of learning something new, and now we have. Here are our conclusions:

These conclusions clear up the apparent discrepancy between Mike’s good results and our suggestion that sources not be distributed. We stand by our suggestion for live sources, but there is no way to prevent interference with recorded stereo, so four speakers vs. two is not a critical issue in that case. We are happy to have people use this 4+8 arrangement for pre-recorded stereo in cases where you need more sound than 2+4 or 2+8 can provide.

Thanks very much for discovering and promoting this, Mike. It goes beyond what we thought the system could do. This is a beautiful example of the fact that the forum benefits Bose as well as our customers.