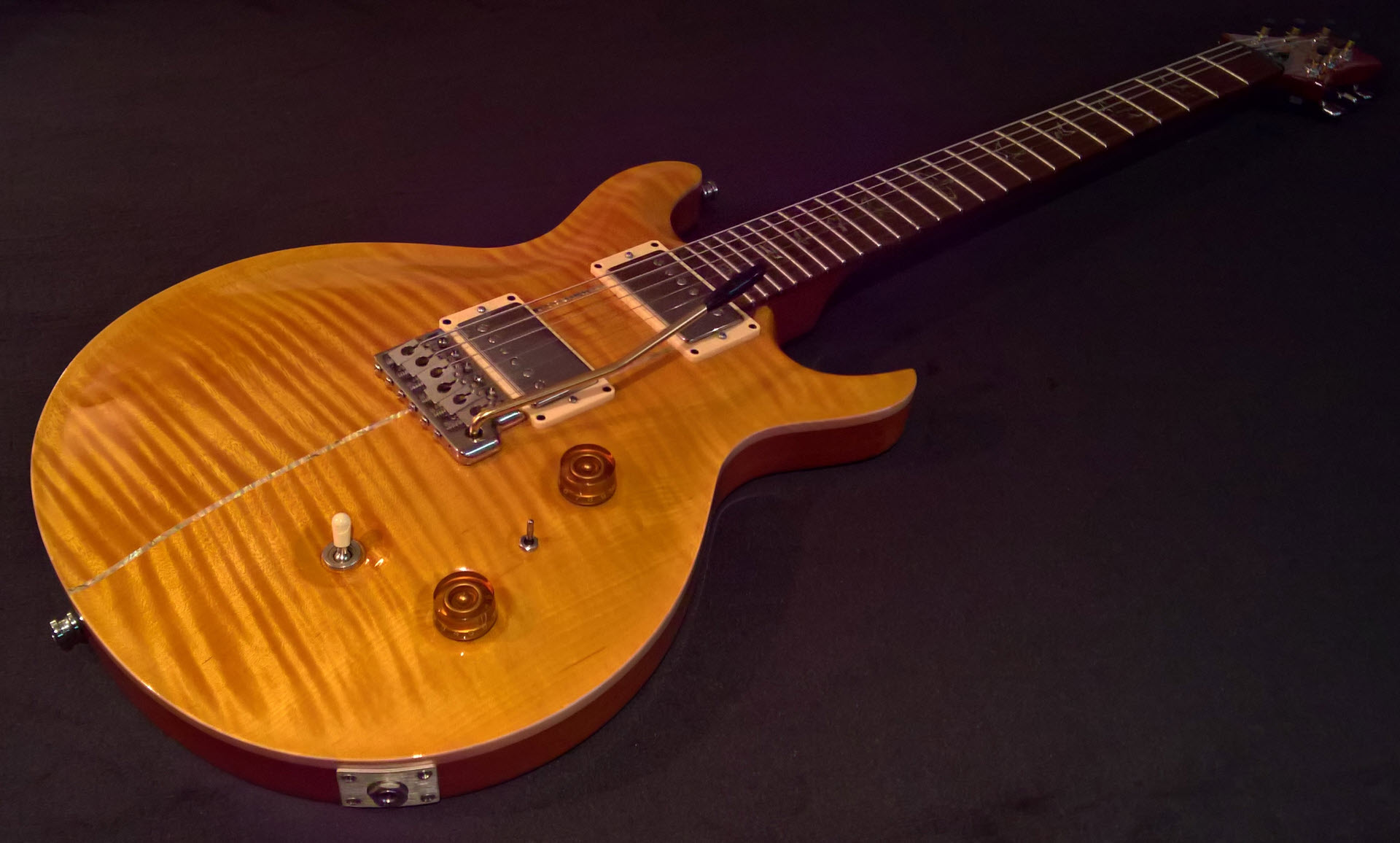 The major difference is the Mastering Voice Control pot, powered by two nine-volt blocks (with a relatively short battery life of approximately 40 hours).

"Originally, Carlos Santana was looking for more tonal options from his guitar, more in the direction of Stevie Ray Vaughan," explains PRS's J Hayes. "So Paul came up with this active circuit that would give Carlos a '60s single-coil sound but without the hum issues that plague such instruments. The second version that is used in the McCarty II is based on the same concept."

The circuit is engaged by a mini-toggle switch — with the MVC switched out the guitar remains passive and will work even with dead batteries — and the tone control is replaced by a centre-notched pot which moves from the single-coil tones to "heavy metal sounds".

"It's completely variable," said Paul Reed Smith earlier this year, "like a pan pot on a console. And it was designed by a guy who does consoles. I couldn't be more pleased. Watching people's jaws drop has just been a hoot."

Mastering commander
Engaging the MVC does produce some noticeable background hiss. Turning it fully anti-clockwise produces that '60s single-coil sound and, as ever, with a little volume control reduction the sound is certainly accurate with reduced mids and a tighter low-end.

To our ears it's most useful with the mixed and neck positions - the former almost Tele-like in its hollowness, the latter with a little gain boost that sits nicely in Texas-y territory. Turn the MVC the other way and you're primarily hearing an enhanced low-end with slightly scooped mids (Smith believes the high-end to be "more Tele-like" but that's harder to perceive).

It certainly works for bigger 'metal' voices, but it's a little like moving from a small combo to a half-stack, or like a double-cut to a single-cut. To put it another way it's more than just metal and produces a really huge rhythm sound with even just '70s-era amp tones. In short, this is a vastly expanded McCarty.

With the quality of construction and finishing a byword at PRS - to be honest it's getting better - it's no surprise that this guitar is pro-spec'd and ready to go.
PRS's McCarty II does what it says on the tin. Aside from its solid passive performance - a real workhorse guitar for classic rock use - the new active circuit brings both a highly accurate single-coil tone (without the noticeable volume drop of the usual passive coil-splits) and a surprisingly useful 'metal' sound that can certainly be used for older rock rhythm styles too.

But as good as it is, we can't help thinking the MVC should be in a pedal, maybe with a gain boost, which could be mains-powered. That way we wouldn't have to shell out a considerable amount of cash for the guitar (as well as two nine-volt blocks every 40 hours). There are many players who simply wouldn't use active guitars but happily step nightly on active stomp boxes! 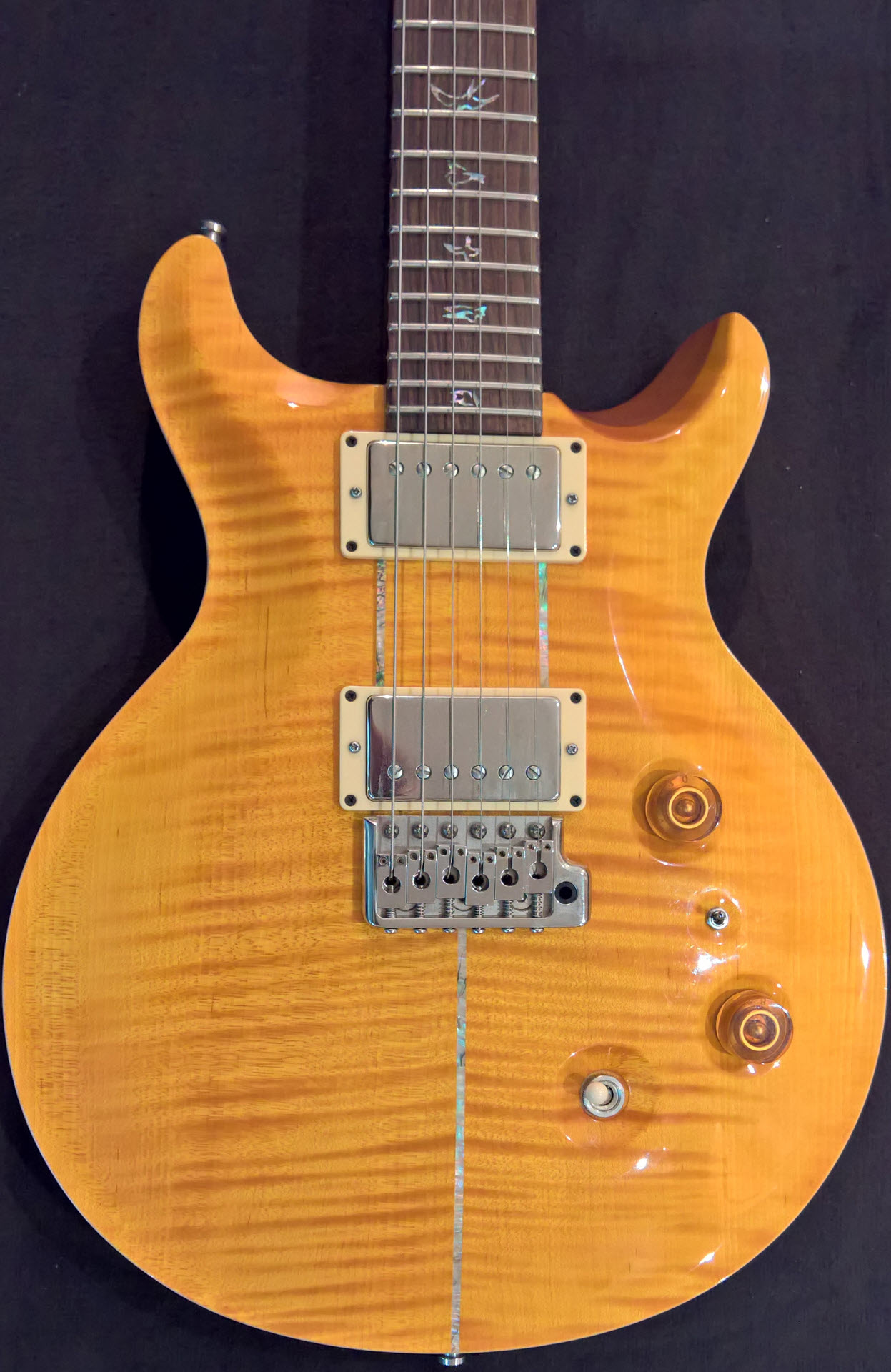