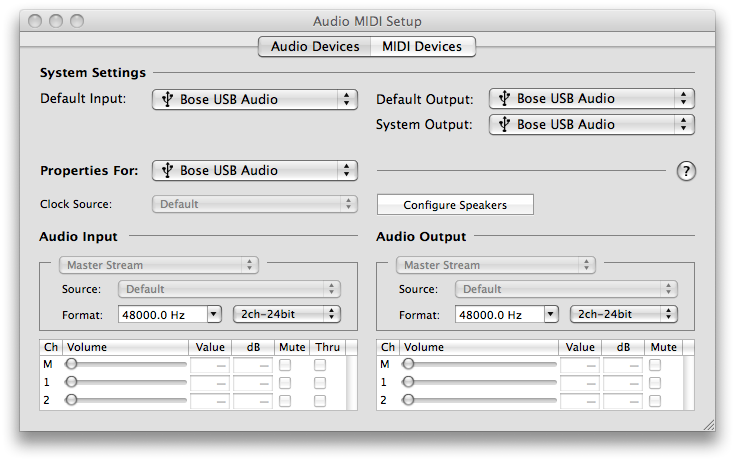 1. Open Audio Midi Setup and ensure that the interfaces you want to "combine" are set for the same bit depth/resolution (in this example, Built-in Input and Bose USB - both should be at 48000 and 24bit): 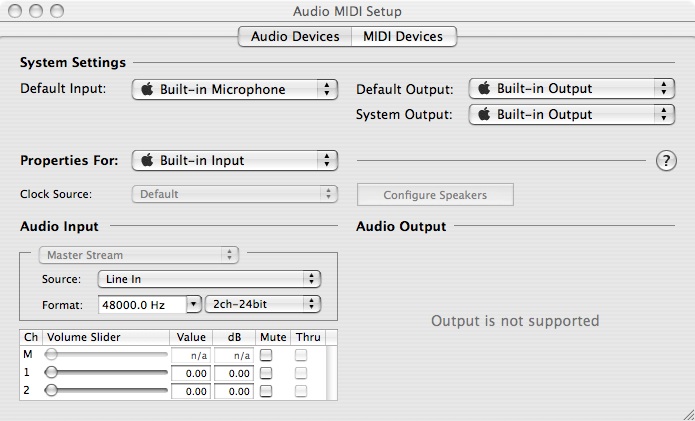 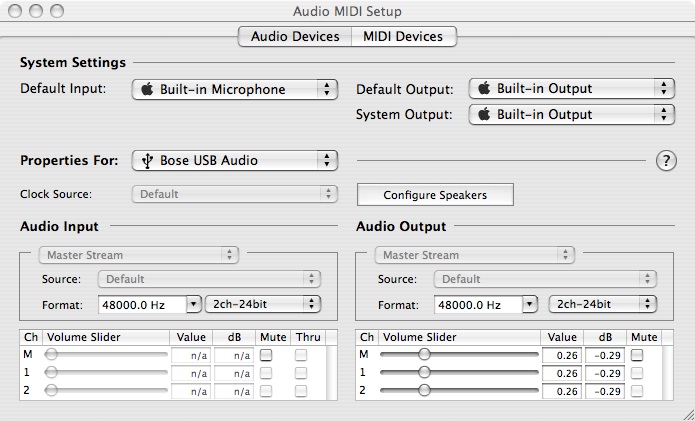 2. Then, choose "Open Aggregate Device Editor" from the Audio menu:

3. Next, click the "+" button to add a new device and check the "Use" checkbox next to Bose USB Audio and Built-in Input - you'll see the number of inputs add up to 4 (in this case): 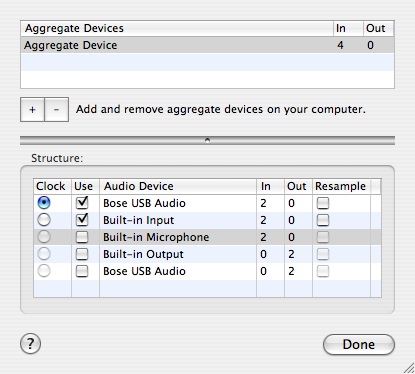 You can name the device whatever you want...

4. Save it, and then select it in GarageBand: 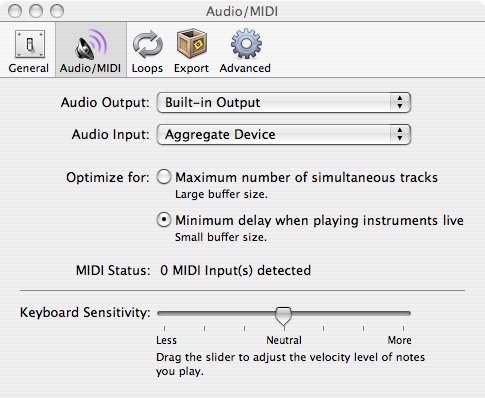 That should do it...

This puts the control of the signal at the receiving end (external system or computer).

But be careful if you have an L1® or other device connected to the T1® Master Output. The signal will be Pre-Master Volume. That is loud and similar to having the Master Output at 12:00 o'clock. 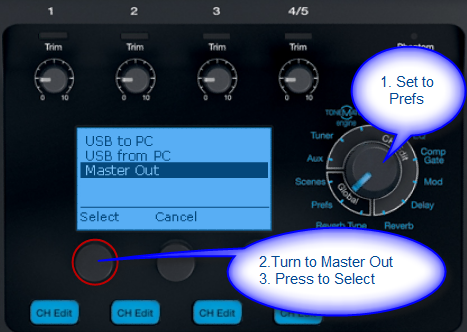 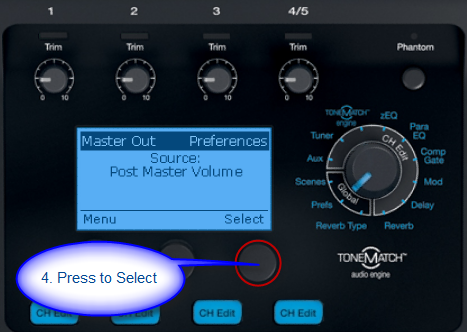 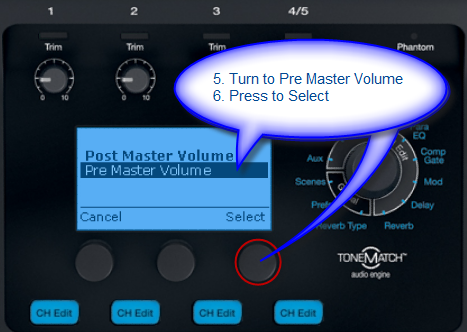