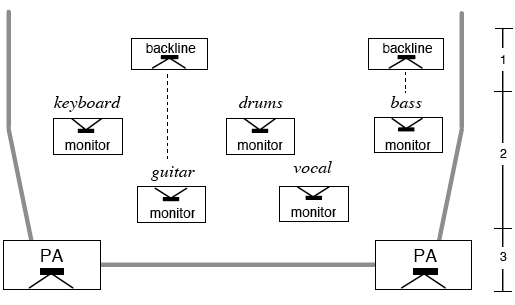 The three separate amplification systems comprising a triple system are shown: the backline system (1) is a holdover from the earlier individual-instrument approach because these amplifiers are considered an essential part of certain instruments’ sounds. The monitor system (2) is pointed away from the audience and towards the musicians, and is intended to give each musician their own mix. The PA system (3) projects sound into the audience but not onto the stage.

This originally appeared on page 22 of the Bose White Paper.

Here is another view. 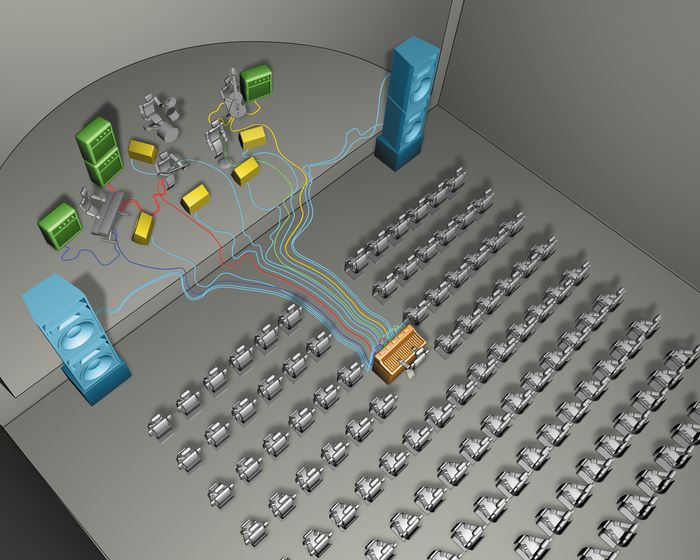 You can contrast this with an L1® setup. 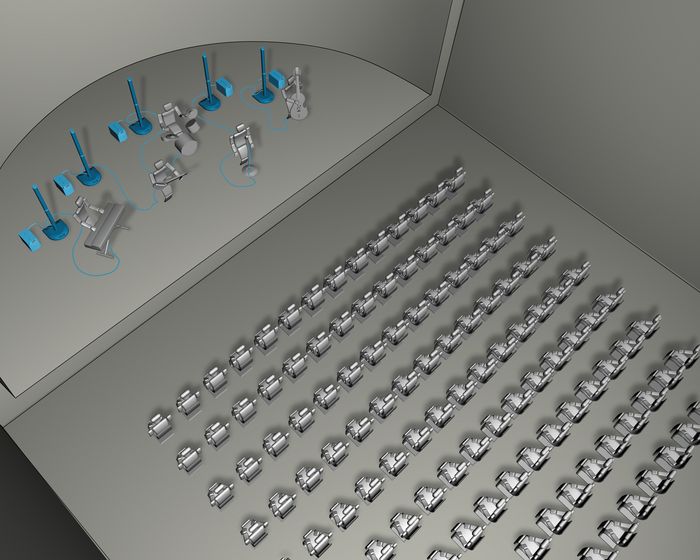