L1 Pro Do You Need All Three

Does anyone need all three models?

I have all three L1 Pro models, but most of the time I would be well served with the L1 Pro32. The L1 Pro32 sounds great at low, medium, and high volume, so there's never a sense that it is more than a venue requires. You can always turn it down. The L1 Pro32 with Sub1 is less than 12 inches (30.5 cm) wider than the other models, so the size difference is insignificant on all but the smallest stages.

The L1 Pro32 with Sub1 - If I could have only one system, this would be it. With a few exceptions (noted below), it will meet my needs, giving me the greatest coverage and projection. And compared to the others, it gives me the best performance without feedback. That is, if I run all three at the same stage volume, I can project farther without feedback with the L1 Pro32.

Look at the picture below, and the following comments about when I would use the L1 Pro8 or L1 Pro16 instead of the L1 Pro32. 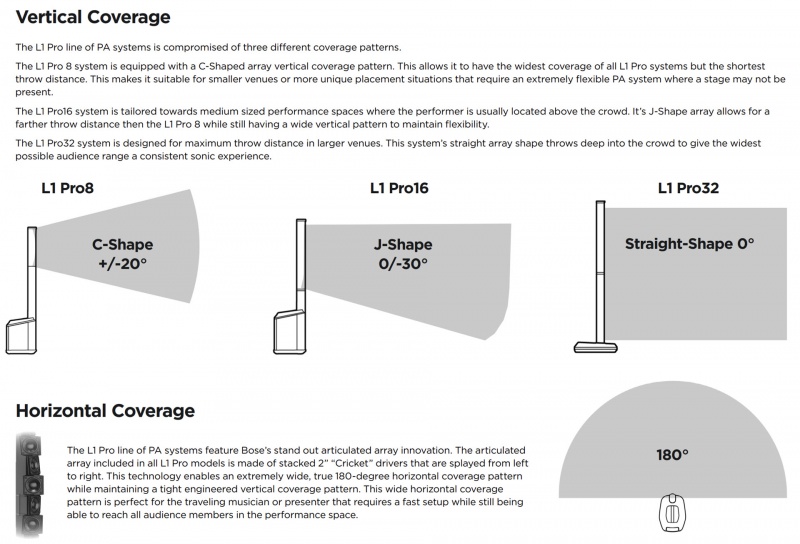