We recently identified an isolated issue that only affects DJ’s that are using Preset #58 (High Volume Pre Recorded Music) on the L1™ model I system.

It was discovered that L1 Model I power stands with a serial number less than 042829Z72550001AC did not accurately contain the advertised preset #58. This preset is specifically intended for DJ’s playing pre recorded music at higher volume levels. Instead it contained a flat EQ setting which is identical to selecting preset 00.

If you do not intend to use this preset than there is no need to be concerned with this message. All other system presets have been verified and their contents are accurate.

To immediately correct this situation we are making an updated L1™ model I Preset version 3.0 available for download on our online forum. Again as a reminder there is no need to update your system if you do not intend on using this preset.

We would like to apologize for any inconvenience that this may have caused and take the opportunity to thank you for bringing this to our attention. Additionally we are excited that the “Just for DJ’s” forum is consistently among the most popular areas of our online community.

Thank you for your support. Original Announcement by Neil-at-Bose L1 Model I - Preset 3.0 Patch (DJ's only)

And a note from MikeZ-at-Bose

The above update WILL work for Classic owners and will give you the entire 3.0 preset list, including Preset 58.

However, this is an 'under the table' update - we can't have our phone team answering calls on it. The update follows the same well documented update process used on past Classic updates. It can be troublesome to update, that's why we have the T1 now.

I would like to stress this update ONLY updates presets and not the firmware. It has NO change on the function of the system except for the presets. If you are not going to use the extra presets then there is no reason to go through the trouble of upgrading.

These are some notes lightly adapted from the last time we had an update via CD. That was for the Presets 2.0 update.

The procedure is basically the same, although simpler because we have only one file to transfer from the download file to the CD to the Power Stand.

So assuming that you have followed the Presets 3.0 Upgrade Instructions and have downloaded the files and the documentation, you also need some software to burn the file to an audio track on a CD. People have reported that Nero or Windows Media Player are suitable for this.

Using a CD-writing application installed on your CD-writing capable personal computer, burn the wav audio file onto a CD-R disc. If given the options, burn with the Finalize (or Disc-at-Once) option enabled. Turn off any normalize function that the software may offer.

From Discussions on the Bose® Pro Portable PA Community

Some random things to consider when upgrading your system by the download-burn CD method.

Windows Media Player 10 DOES WORK. You just have to turn off compression/normalization, which defaults to On.

Instructions if you have Windows XP and Windows Media Player 10.

Nero should work just fine. It's my burn-application of choice. Make sure that you burn as an AUDIO CD not as a DATA CD. That may have been the problem. Simply select AUDIO CD and drag and drop into Nero. (This is for other owners with similar questions). It sounds like Windows Media Player worked fine for you though.

Quoting Dewey (Kyle was responding to this above)

Downloaded the updates, burned to CD using Nero which is my standard drag and drop. CD's would not work. Finally used Windows Media Player (Version 10) burned new CD's and everything worked fine. Apparently Nero wouldn't or didn't convert the .wav files to MP3.

MikeZ-at-Bose announced Presets Version 3.0 for the L1 Classic and L1 Model I.

We don't have details yet, but as soon as we do - they will be published here.

There are 3 breeds of L1's in the field:

and in another thread 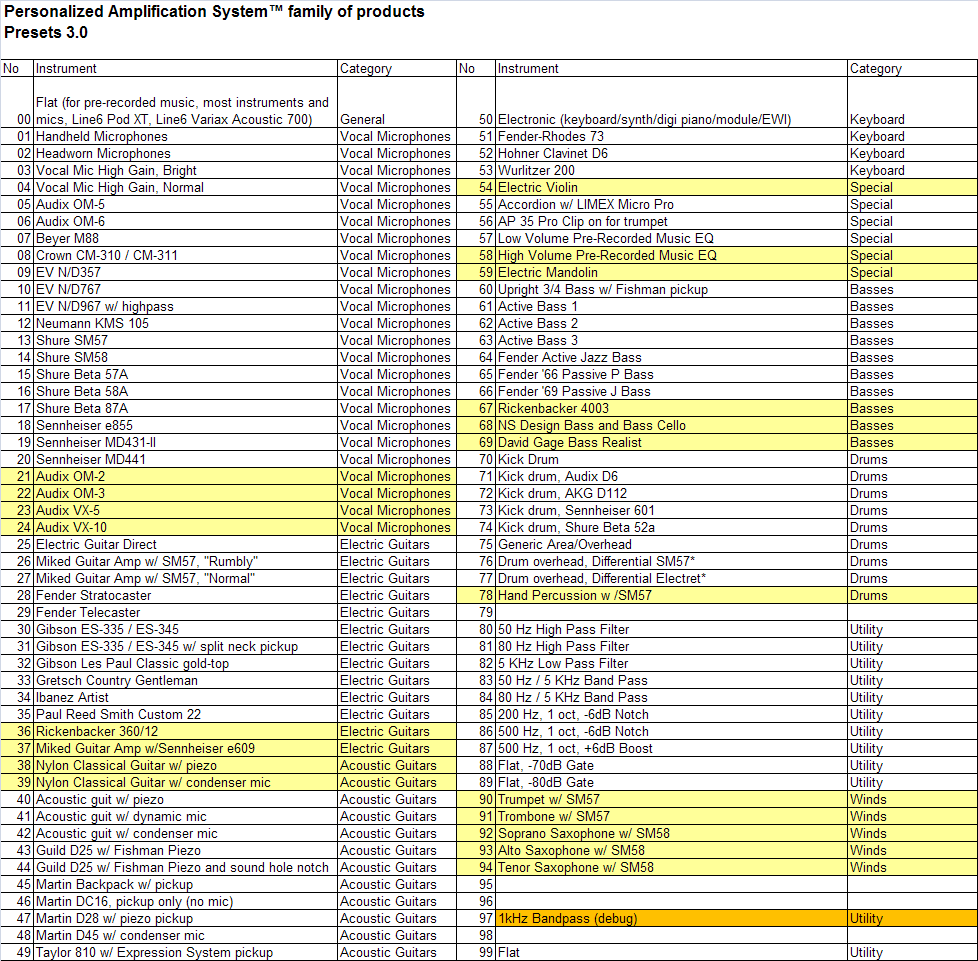