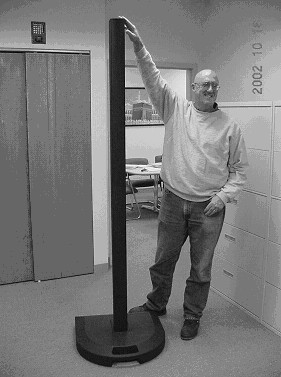 Cliff the Inventor with the Classic

Welcome everyone, to the public forums for the Bose(r) Personalized Amplification System(tm) family of products . Within these forums you will find many places to learn about the Personalized Amplification System from many perspectives. We invite you to explore and to post your questions, comments, concerns and the like about our new approach to amplified performances, but before you do, lets cover a few things.

At Bose Corporation our core values include respect and integrity and we, the moderators of the forums, are going to do our best to uphold these values with all of our visitors. We want to hear from you, we want you to share your experiences and we want everyone to be respectful. Therefore, if your post is deemed to be disparaging to others, we will not allow it. Please, be honest and be sensitive to the impact of your words; share your experiences and ask any questions you may have and do it in a way that helps the forum grow in quality and validity. The goal here is a healthy, productive community where we can all learn.

On behalf of my colleagues (and me), welcome to the Personalized Amplification System family of forums,
Steve-at-Bose

Sketch of B1 Slip Cover

Well, it's official. We've started work on a gig bag for the B1, based on your valuable feedback.

This will take us at least eight weeks to design, test, build, and stock, so please be patient. When we're finished, we'll make another announcement so that all current owners can request one for each B1 they've purchased: this will be sent at no charge. The B1 bag will be integrated into the B1 carton thereafter. These started shipping 2005/04/18 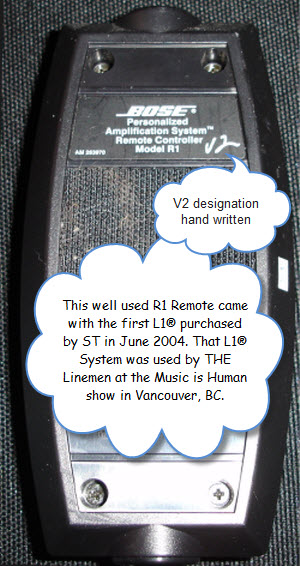 Without getting into boring technical details, the volume spike thing seems to be a resetting of the remote control to which the knobs go to 12 o'clock for a brief moment. So if you either don't use the remote OR keep the remote knobs at 12 o'clock you should never hear a volume spike.

We are happy to announce that we have identified the root cause of the “volume spike” problem for some of the Personalized Amplification System™ PS1 power stands. A few owners and regular forum contributors have been extraordinarily helpful in helping us track down this unusual bug, and we send out a huge thanks to them. This is a level of cooperation that is rarely found in any industry.
The problem is resolved by using a new remote control that we will provide to all affected customers free of charge.

B1 Carry Bag Update
It was here on this message board that we found out that you, our customers, would really like a carry bag or some sort of protection for the B1 Bass Module product. In November 2003 we began work on a design. It has taken up to NOW to get new product included with B1 cass module carry bags. As seen in a rendering earlier in this thread, they are really a nice "slip cover" to go over your B1 Bass Module. It's constructed so the same beefy handle can be used to carry the product, now just under a cover. 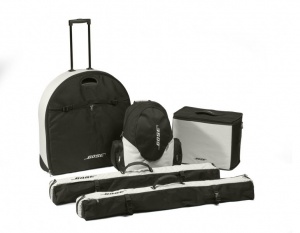 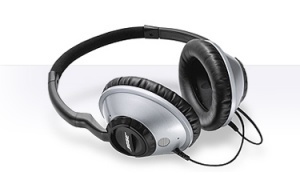 We are pleased to report that an unexpectedly large number of musicians have adopted the entirely new approach to amplification we introduced one year ago.

Moreover, many of these owners have gone to great lengths to explain the benefits of the Personalized Amplification System™ approach to other musicians. We believe you need spend only a few minutes reading their unedited remarks at www.bose.com/musicians to reach the same conclusion.

As a result of their ongoing effort, we have decided to say thank you to this extraordinary community of musicians with a special one-time gift.

Anyone who is currently an owner, or anyone who purchases a Cylindrical Radiator™ loudspeaker by December 31, 2004, is entitled to receive a pair of Bose® TriPort® headphones.

These acclaimed headphones, which retail for $149, deliver exceptional sound quality to your personal listening experience. Their ability to faithfully reproduce even the most demanding music makes them perfect for both careful monitoring and casual listening.

With thanks and appreciation, 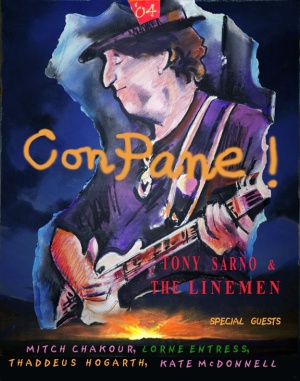 We are very pleased to announce a special year end concert at Bose headquarters Monday, December 20, at 6:00 PM.

The concert will be produced by Ken Jacob, Director & Chief Engineer of the Bose Live Music Technology Group, to celebrate the marvelous accomplishments of this past year.

The concert will feature TONY SARNO & THE LINEMEN, who will host a number of special guest artists, including (in alphabetical order):

The concert will be under the musical direction of Clifford Goodwin (Joe Cocker, Mohegan Sun All Stars, The Linemen).

January: The Power of Ten 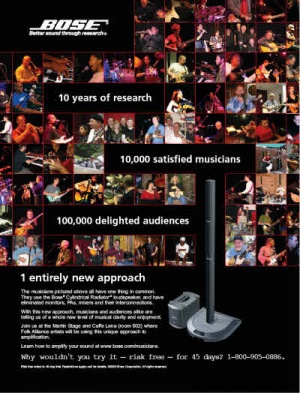 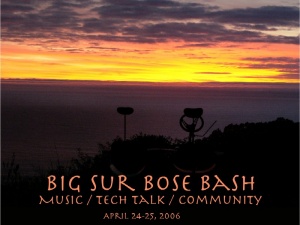 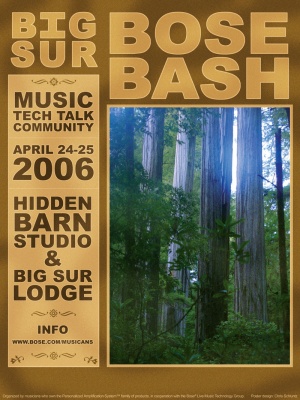 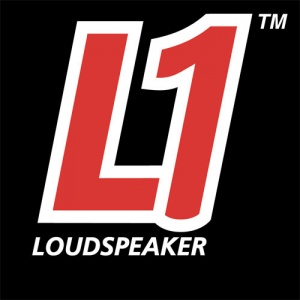 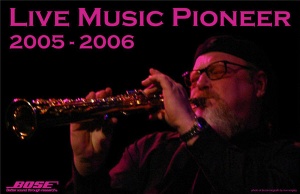 Recently we honored six individuals who have been extraordinarily generous in helping other musicians understand our new approach to live music amplification. ... — Ken-at-Bose

June: Playing Better with the L1® 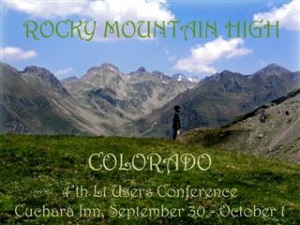 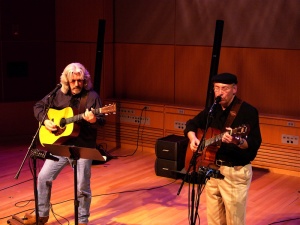 Bose Corporation is pleased to host two outstanding musical artists from the Appalachian South as part of their Cornucopia concert series in the Corporate Center auditorium.

If you enjoy beautiful songs beautifully rendered by voice and guitar, you are in for an exceptional evening of music by two seasoned professionals playing individually and together.

Hailing from Lexington Kentucky, Larry Lambert has been a singer most all of his life, performing solo for the first time at the age of four. Church and school were the training grounds and Larry sang at every opportunity in these venues.

Larry is a ballad singer. His repertoire includes many songs, old and new, from many different genres and writers, most all with a down home common sense message or story that can be told time and time again.

He’s shared the same stage with Don McLean, The Dirt Band, John Prine, Jerry Jeff Walker, Bobby Bare and others. These and other artists such as Ricky Nelson, Dean Martin, Kristofferson, Dylan, Lightfoot, Billy Joe Shaver, JJ Cale, Waylon Jennings, Willie Nelson, Hank Jr. and Sr. have all influenced his singing style and song selection, but still, everything comes out distinctly Larry in a style that crosses the boundaries of gospel, country, folk, bluegrass, blues and old time rock and roll.

Rick Jordan is minister of music at Thomasville Georgia’s First Baptist Church. In addition to his church work, Rick performs as an entertainer throughout the country and internationally.

We plan to have other Bose message board luminaries perform in future concerts.

2008/03/01 This Wiki and The Sketcher are ported to a large internet service provider allowing for higher bandwidth and reliability. This change is like moving a boutique shop into a mega mall. You get better ingress, egress, support services, storage. You have to conform to the larger environment. 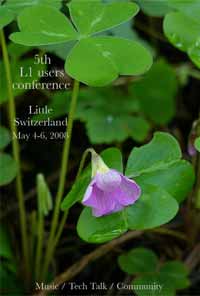 Update to allow operation with B2 Bass Module